When the colts reach riding age (for me this means three to four years old as I have never been comfortable starting colts any younger than that), I like to revisit some of the things we have covered before. My working students and I will work colts at liberty in the round corral, making sure we have nice transitions, good smooth turns, that the colt is moving forward with energy and he is paying attention to our body language. 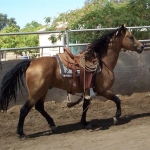 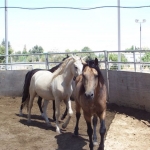 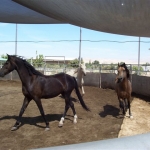 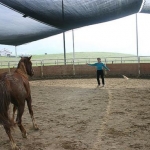 Next I might check their halter work – are they soft? How do they feel about being saddled again after a year? And are they ok with weird and different desensitization things – like the large stuffed giraffe someone gave me (it’s a great tool!). 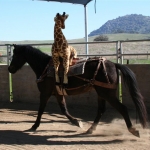 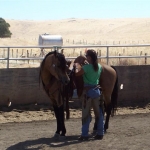 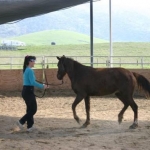 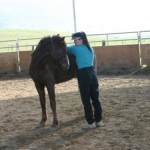 How are they at trailer loading – getting in and out of the trailer? I want these colts to jump in, stand quietly and come out softly when asked to do so. 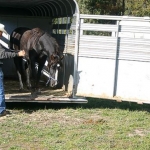 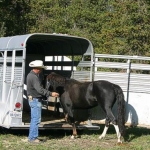 Then we’ll ride them, always doing the first one or two rides in the halter with a single rope lead. We get good, soft lateral flexion this way, and it keeps us honest by disallowing us to cheat and try to stop them with two reins. We go through all three gaits, with several transitions up and down, and we go both directions with lots and lots of nice, fluid, soft one-rein stops. 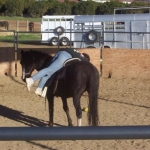 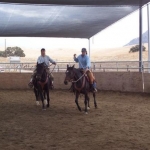 After a ride or two in the halter, when they are moving off our legs well and stopping with one rein nicely, I’ll start them in a snaffle bit. Again, we never try to stop these colts with two reins this early. At this stage it is all about lateral flexion and understanding the concept of the snaffle. Another ride or so, and then they’re really soft laterally and ready to start vertical flexion, stopping and backing. 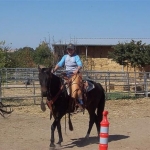 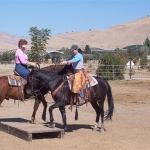 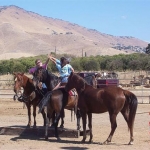 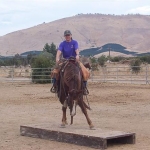 The four colts we started at the same time this particular year were ready for the trail on the 2nd ride. We played around and over some obstacles in the arena first, and they were so soft (mentally as well as physically), we just took them for a cruise around the ranch. 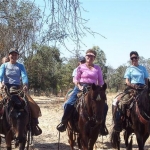 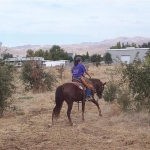 Sometimes we will drag objects with young colts. We try very hard to expose them to many different things early on when they are in a super-learning frame of mind. 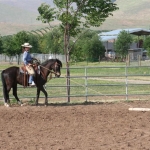 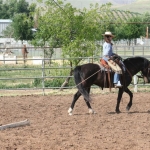 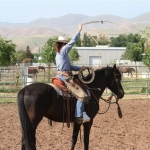 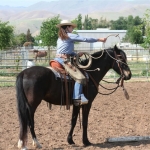 After about ten rides, the colts are doing basic lateral movements like side passing and leg yields, stopping from a shift in our body weight, and are by now very, very soft in the snaffle. They will back nice circles and do simple lead changes. From this point on, we might start some work on cows, get them out on longer trail rides, perhaps head off into the Sequoia National Forest or Kings Canyon National Park or even go to a horse show – just for fun! 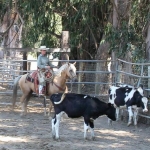 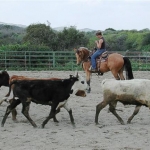 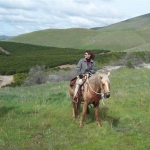 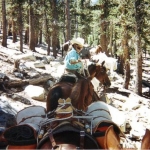 I feel and see firsthand this training program really works. The colts raised and started at JaF Morgans have quality aspects, sensibility and a good work ethic which make me extremely proud.